Talking about age in English

Talking about age in English 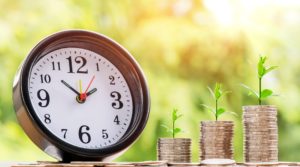 Would you like to talk about age in English? So you are at the right place where you are going to learn some useful vocabulary about grammar tips to help discuss age in English. When we are talking about age, we are asking about how old someone is. We don’t usually ask this question to adults sometimes because it can be seen as very rude. However, if we want to know the age of a child, for example, it is very common to ask, “How old are you?” “How old is he?” “How old is she?”

Notice that we are using the verb to be. To be verb in the simple present tense is am, are, is. The reason why we need to use the verb to be is that age is describing someone. Age is basically an adjective. Adjectives have to come after the verb to be or before a noun. A noun means a person, place, animal, or thing. Using the verb to be, we can make sentences such as “He is five years old.” “She is 13 years old. They are 7 years old. As we mentioned, someone’s age is an example of an adjective, and we can use adjectives before nouns.

When we used to age this way we but the number, years and old. There will be two hyphens. For example, “his ninety-five-year-old grandfather fought in world war two. A quick point about using adjectives in the way is to make sure you don’t add a‘s’ to the end of the word ‘year’. Adjectives cannot be made plural. There can never be S’s on the ends of adjectives.

My seven-year-old cousin is fluent in English and Japanese.

When someone has a birthday they become older. When someone is becoming older we use the verb ‘turns’ to describe their age changing from one age to another.

My neighbour turns five next week.

For example “last month his cousin turned twelve”. If we are discussing an adult’s age, we might not know their exact age since we don’t usually ask about age in English. So we can say that someone is in there, and then we use numbers ending in zeros.

If we have a little more of an idea of the person’s age, we can also add the adjectives ‘early’ and ‘late’ in front of the numbers.

We are using something at the end of the number ending in 0 because we are not sure about the adult’s exact age.

More casually among native speakers, you might also hear the expression ‘ish’ added to the end of numbers ending in ‘0’, to describe the personage.

When we use ‘ish’, it could mean higher or lower than the actual number we are saying. If there is a person we think, ‘maybe they are in their late 30’s, maybe they are in their early 40’s, I’m not sure. We would usually just say, “Ah that person is 40ish.” Usually ‘ish’ is very casual among native speakers, but this expression cannot be used in formal situations.

We have the expression ‘baby’. Usually, a baby is considered anywhere from the child is born, up until around three years old, we can still call that child a baby. If the baby is recently born and is maybe only a few weeks, or maybe one or two months old, we can all them a newborn. The word newborn can be a noun “oh look at the picture of the adorable newborn.” Or it can also be an adjective “Her newborn baby is adorable.”

Another word that you might hear to discuss a very, very, young child is ‘infant’. The infant is another word that we use for babies and is commonly used when they are very young.

When a child is around two and half- three years old, and they start walking, we use the expression ‘toddler’. A toddler is a child who is around 2, 3, and 4 years old. For example “you got a clear eye on the toddler because they can get into trouble easily.”

A child is any type of kid (the kid is another word that we use), the person who is between the ages of 0 and usually up to 12 or 13 years old, we can call them a kid or a child. Remember that child is an irregular noun if you have more than one child then it becomes ‘children’. When someone is between the ages of 13 and 19, they are called a ‘teenager’ so this is because their age is in the teens. People around the age of 13, 14, 15 and 16 are called a teenager. For example, being a teenager is very difficult in the 20th century.

When someone officially becomes an adult, we can say that they have reached the age of majority. In English, we have a unique expression for people who are around ages 45 to 55, in between that age group, we might hear the expression Middle Ages for example “ they are Middle Ages person”. This is also connected to an English expression they called a ‘mid-life crisis. A mid-life crisis is usually when someone reaches around age 40-45, and they are thinking “oh my goodness, what have I done with my life? When people reach the age of 65 or older they are considered a ‘senior citizen’. So a senior citizen is someone who is older than 65 years old. 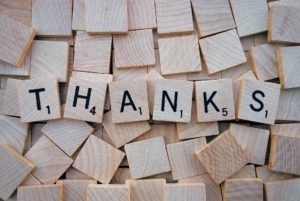