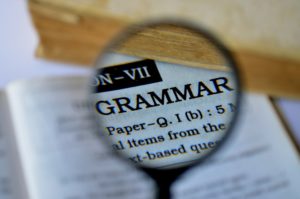 Sometimes English grammar can be really difficult to understand. There are some rules in English grammar that don’t sometimes apply and there are some exceptions, but there are also some grammatical structures in English that follow every rule and the structure of conditional sentences clearly and is nice and clear to understand and makes it a lot easier and clear to understand. We use them to explain what could happen? What happens? What we wish would happen? (Picture completely different outcome for the present circumstances) or what might have happened? (Think about a couple of different results and compare it with the past)

Conditional sentences have four types. They all look the same, but they are different example let’s say

If I feel pain again, I will go to the doctor.

If I feel pain again, I go to the doctor.

If they had the time, they would have attended the meeting..

So which sentences are the same and which are different? All the above examples have two clauses, every two parts in the sentence are separated by a “comma” and all sentences use the conjunction “if” (Conjunction is used to combine two ideas in a sentence.)

I ate three bananas and one apple

I will do buy you a sandwich from the store if you give me a good massage.

The words and, but, if are very small grammatical words, but they have a very important key function in these sentences. They joined two sentences and made it a meaningful sentence.

We have two clauses in all conditional sentences “If clause” and “Result clause”.

This fourth condition is past unreal conditional if they have the time, they would have attended the meeting. We use this structure to picture a different past that is different from the one that already happened. The structure is “If + Past perfect would have + Past Participle”. Simply to be clear the if clause did not actually happen, but I’m picturing the result as if the past was altogether totally different. So in this circumstance, was I really in pain? No! I’m not talking about what actually happened, I’m actually talking about what could have happened in the past but didn’t and what I would have done if that had happened.