Many English learners are confused about preposition, there is a common misconception that preposition is difficult. But this is not the case if you are following the right strategy then you can learn prepositions pretty easily! We are going to have a better at small but quite commonly used English word and the way you will be able to use them to deliver info regarding the place and location of something.

Most of the time you can’t simply guess the right preposition it’s simply not an actual way of improving your English language skills. A preposition should be learned within the chunk of words that are usually used together for linking a noun or phrase to another part of the sentence learning this method can help you to create even fewer mistakes with prepositions instead concentrate on how native speakers use this preposition. How they use newspaper or paper articles read and pay very close attention to the fundamental rules that we are going to discuss below which can help you to make proper decisions when you are choosing preposition of place.

“Preposition In” is used for an enclosed surface or an object that resides inside the edges of another object. Let’s start with containers or things that are enclosed inside a container for example milk in the fridge, she left her phone in the drawer, there is nothing left in my wallet.

We have chosen these examples because it’s easier to understand the edges of the object are clear, and you can see inside the object. Take the earlier example I’m in the house “The house” has clear edges that can surround a person or edges from all sides another example Can you please take the seat in my office please? I’ve left my wallet in your house. The parrot is sitting in the tree.

In some cases, you use preposition when the edges are hazy and are unclear, and you can look inside the object sometimes we use a preposition with areas, regions, towns, and cities if I say that I’m playing football on the ground, we are going for a musical event in another city. These nouns have clear boundaries and edges even they are not that clear you can be physically anywhere (inside the boundaries of object or edges). For example, they are on the boat, he is on the couch. We can also use it for liquids like there is too much sugar in this drink

There are also specific roles of prepositions which are described below in detail.

“In” is used in closed spaces or for personal modes of transportation.

“On” is used for public modes of transportation and surfaces

“At” is used for a specific location

At the book store, and the shopping mall, at the top of the mountain

Adam is still in school, I studied history in my school, let’s meet at the coffee shop.

“At” is one-dimensional. When you are checking the map you are referring to a particular place or dimension.

“In” is a three-dimensional preposition so when you use it in a sentence you need to consider the position of one thing and its relation with its surrounding.

Grey areas mean something is unclear it’s black, not white but something in the middle. Preposition has many grey areas. When we talk about the place or location of something in a preposition. It’s on the end of the street, or it’s on the end of the street (they have the exactly same meaning). The park is on the west side of the city or the park is on the left side of the city (well they sound the same too) another example is I will see you at my office building (that’s the place) or I will meet you in my office (It’s an enclosed room or an enclosed space)

Adam is at his college (Suggests that Adam is at the location of the school and can be anywhere inside the building). 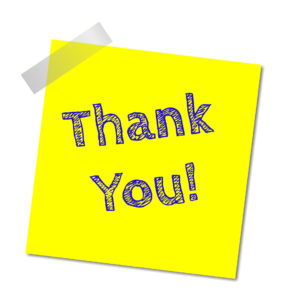