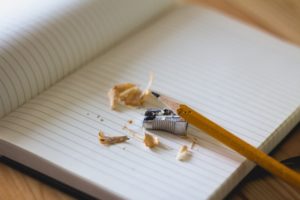 Many businesses strive to provide excellent customer service. When things go wrong, however, the capacity to effectively complain becomes critical. A letter of complaint concerning poor service is usually written for one of two reasons.

You may want the corporation to take action to resolve the issue, such as refunding your money.

You may, on the other hand, merely want them to be aware that you are unhappy.

Ruth Lee, a businesswoman, talks about a time when she had to write a business letter in this excerpt from Better Business Writing.

Before you read the extract, consider the following: Consider a moment when you received poor service. Did you make a fuss over it?

What was the outcome? Compare and contrast your experience with Ruth’s.

I wrote my last complaint letter around three months ago. My company employs a cab service on a regular basis.

When passengers must travel to the airport On one occasion, I had reserved a cab for two people about a week in advance.

Members of staff to the airport since they had an important meeting in France. When they arrived, though,

When I returned from France, the two employees informed me that the taxi had never arrived. Finally, one of the two men wins.

He drove himself to the airport after picking up his colleague in his own automobile.

They were on the verge of missing their flight. So I drafted a two-page letter to the taxi company, emphasizing how much business my company brings them and informing them that we are planning to expand.

We needed some sort of remuneration, or we’d take our business elsewhere.

I received a thorough apology the next day.

As well as a considerable sum paid to our taxi account to support my company’s next cab excursions.

Begin the letter with “Dear Sir/Madam” to the person who will be dealing with the issue.

The sentence “I am writing to complain about…” is a smart approach to achieve this.

Your complaint will be more credible if you use a neutral or formal tone.

You merely want to express your dissatisfaction with the company. ‘As you might imagine, I’m really disappointed by this,’ for example.

Poor customer service. It’s not what I was expecting from your firm.’ Complete this part by informing the person who is reading it.

‘I look forward to hearing your response,’ you write in your letter.

If you began your letter with the phrase “Dear Sir/Madam,” end it with “Yours faithfully,” and then sign your name. This

For any official letter, this is standard practice.