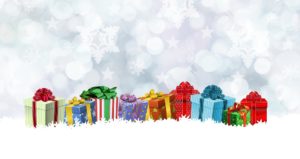 Christmas in English speaking countries is a big deal, and there are many different celebrations going on at this time of year. Knowing these words is also really helpful for explaining the things that you like to do at Christmas or how it is celebrated in your own country.

Egg-nog – A traditional Christmas drink made of alcohol with beaten eggs and milk.

Decoration – Something that adds beauty.

Gold – A yellow precious metal, one of the gifts that the three wise men gave to Jesus.

Father Christmas – An imaginary being who brings presents for children on the night before Christmas Day (also known as Santa Claus) – traditionally an old man with a red suit and white beard.

Fireplace – A partly enclosed space in a house where people light a fire for warmth.

Mince Pies- Mince is usually ground meat but at Christmas small pies are made from rich, mixed fruit which are know as mince pies.

Jesus- The name of Christ, the central figure of Christianity.

Joseph- The husband of Mary (the mother of Jesus).

Magi- The wise men from the East who brought gifts for the baby Jesus – in the Bible there are 3 wise men who visit Jesus each carrying a different gift.

Manger- A trough for food for horses or cattle (used by Mary as a cradle or bed for Jesus).

Mary- The mother of Jesus.

Mistletoe- A parasitic plant with white berries, traditionally used as a Christmas decoration.

Myrrh- A gum used for perfume or incense, one of the gifts that the three wise men gave to Jesus.

Nativity- The birth of a person (not used in modern English).

The Nativity- The birth of Jesus Christ.

Nativity play- A play that people perform at Christmas based on the birth of Jesus – often performed in schools by the school children.

New year – The period starting on the 1st January and extending for a few days after that date.

Present- A thing given to somebody as a gift.

Reindeer- Reindeers (a deer with large antlers found in some cold climates) are said to pull the sleigh for Santa Claus and have names such as Rudolph, Dasher, Prancer etc.

Santa Claus- An imaginary being who brings presents for children on the night before Christmas Day (also known as Father Christmas) – traditionally an old man with a red suit and white beard (Santa Claus may be based in part on the historical figure of Saint Nicholas) .

Shepherd- A person who looks after sheep.

Sleigh- A sledge or light cart on runners pulled by horses or reindeer over snow and ice.

Snow- Water vapour from the sky that falls as white flakes and covers the ground.

Star- A bright point in the night sky which is a large, distant incandescent body like the sun.

The star of Bethlehem- The star that announced the birth of Jesus and guided the wise men to find Him.

Turkey- A bird like a large chicken, traditionally eaten at Christmas.

White Christmas- A Christmas with snow on the ground.